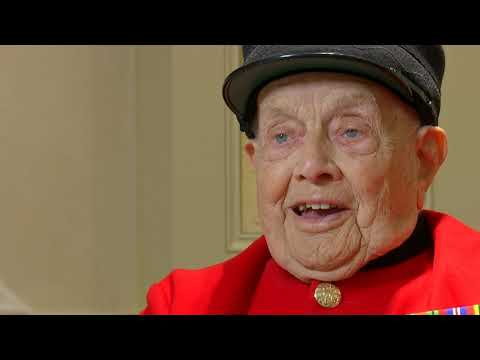 The Taxi Charity threw a 100th birthday party for WWII veterans George Parsons and Jeffrey Haward at the Union Jack Club on 15 August 2019. ITV News were there to report on it. #GeorgeParsons #JeffreyHaward #UnionJackClub #ITVNews

The Taxi Charity getting veterans from alpha to bravo, Forces Network

A taxi charity is escorting veterans from the forces community to special, organised events - allowing them to share stories and revisit old battlegrounds. The Taxi Charity for Military Veterans holds dozens of events every year, bringing former soldiers, sailors, and airmen to their destinations. “They’re the best there is, they really look after us”, said former machine gunner Jeffrey Haward, who was twice awarded the Military Medal for bravery. The charity has enabled Mr H

Three veterans will be guests of the Taxi Charity at a lunch on 15 August to celebrate their 100th birthdays On 15 August, the 74th anniversary of V-J Day, veterans Jeffrey Haward, Ray Whitwell and George Parsons will assemble with a group of fellow heroes for a lunch at the Union Jack Club in London to celebrate their 100th birthdays. The lunch will see a group of veterans celebrate with the birthday boys, including 101-year-old Albert Gardner who served with the Royal Engin