Some very important visitors were taken to Hall Place & Gardens in the London Borough of Bexley by the Taxi Charity on 5 November, to mark Remembrance Day, the centenary of the 1918 armistice and the unveiling of a new statue and bench. Eight volunteer London cabbies brought the veterans from all across the south-east. On arrival, they were taken on a guided tour of the Hall Place 'Faces of the Great War' and the 'Code name – Santa Fe' exhibitions before leaving for the garde 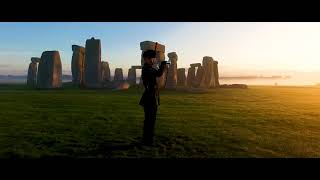 Thank you to war veteran, Frank Ashleigh (91), and Taxi Charity committee member, Ian Parsons, for appearing on BBC Radio 5 Live on 11 November 2016. They were interviewed by Emma Barnett as part of an Armistice Day programme talking about individual remembrances. Frank was asked about his story and recounted that having joined up on his 18th Birthday, a year later he volunteered for the Glider Pilot Regiment and became operational in July 1944, when he was paired with Loft
bottom of page